Continued Investment within the Unitrunk Group 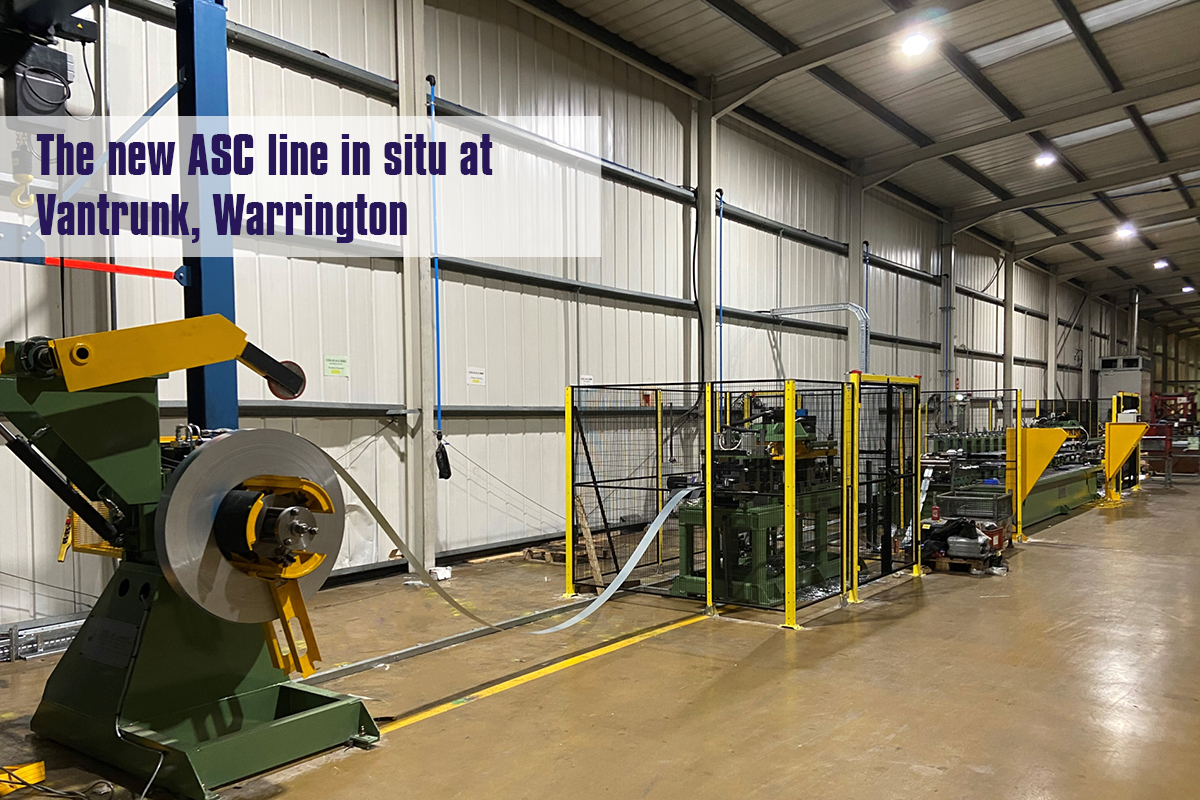 Vantrunk, part of Unitrunk Group and specialists in cable management solutions for extreme environments, have recently invested in new machinery from ASC. The addition will increase production capacity within the new Speedway® Pre-Galvanised Ladder line as well as the Intelok® Channel range.

The Pre-Galv. Ladder is manufactured at the Vantrunk production facility for distribution by Unitrunk, headquartered in Northern Ireland, and is shipped to customers worldwide. The new addition to the range builds on the successful design of the existing Speedway® Cable Ladder. It is a cost-effective solution for installations with low levels of corrosion, ideally suited to internal environments within the commercial construction industry, such as distribution centres and commercial buildings. The Speedway® Pre-Galv. Range has been tested and certified in accordance with IEC 61537.

Intelok® is a strong, easy to erect, support system, ideal for supporting cable trays, cable ladders, pipes and ducting, and is adaptable for use in many other applications. The Intelok® range is manufactured at Vantrunk for distribution by both Vantrunk and Unitrunk, shipping to customers worldwide.

With increased demand over the last 12 months, the recent investment has been instrumental to the company’s continued growth plans by significantly increasing production capacity.

To discuss innovative solutions for your next cable management project, contact a member of the Vantrunk team today by emailing sales@vantrunk.co.uk .