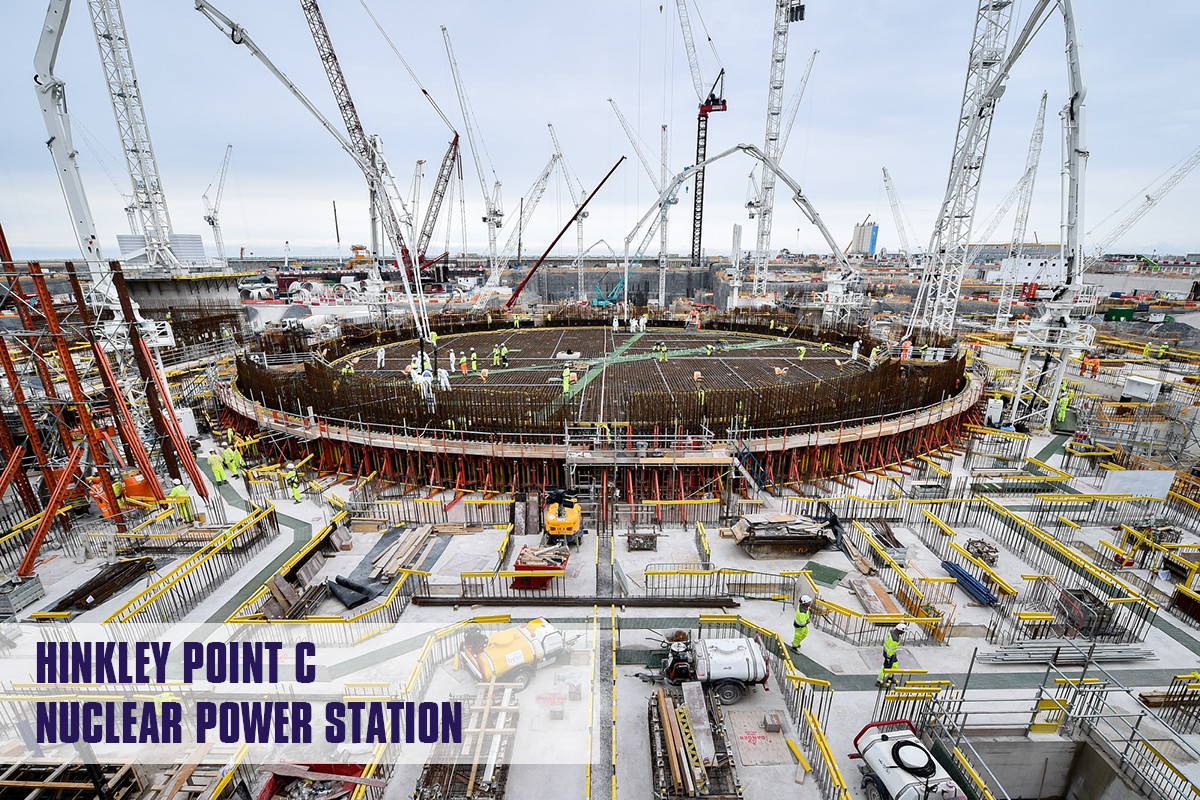 Hinkley Point C (HPC) on the Somerset coast will be the first new nuclear power station to be built in the UK in over 20 years and will provide enough low-carbon electricity for around 6 million homes.

HPC, situated adjacent to the existing Hinkley Point A and B stations will be the first European Pressurised Reactor (EPR) built in the UK by EDF.

“Nuclear is crucial if the UK is to achieve Net Zero. It provides low-carbon electricity irrespective of the weather or time of day and will allow the system to operate without fossil fuels.”

HPC will mark a significant milestone in the UK’s revitalisation of the nuclear power industry and the move to reducing carbon emissions. The electricity generated by its two reactors will offset 9 million tonnes of carbon dioxide emissions per year over its 60-year lifespan.

HPC has appointed Vantrunk as the sole supplier of the complete cable containment package including cable ladder and cable tray. The substantial contract will be supplied over a 3-4 year build period and will be managed by the MEH Alliance which consists of Altrad, Balfour Beatty Bailey, Cavendish Nuclear and Doosan Babcock.

Vantrunk is the specialist arm of the Unitrunk Group, a leading manufacturer and distributor of innovative cable management solutions, with over 50 years’ expertise in the cable containment industry.

The longstanding industry giant is headquartered in Lisburn, Northern Ireland, with a second manufacturing facility in Warrington, England and also comprises a network of 8 sales and distribution depots throughout Great Britain and Republic of Ireland.

While HPC will be the first power station of its type in the UK for some time it will not be the company’s first foray into the energy sector. Vantrunk are known globally for providing expert solutions and innovative products to the Global Energy, Oil & Gas, and Industrial Processing Sectors.

With major international projects under their belt such as BP West Nile Delta (Egypt), Gorgon LNG (Australia) and Shah Deniz (Azerbaijan), Vantrunk was a natural choice for a project of this scale and significance in the UK.

“We are absolutely delighted to have been selected as the sole supplier of cable management systems at Hinkley Point C. It is a landmark project and an important step in the UK’s move towards establishing a NetZero future.

As a team we have put a large amount of time and effort into the HPC project over the last number of years and to see it finally come to fruition is hugely rewarding. Securing a contract like this will provide job security to both manufacturing facilities in the coming years which is a huge bonus in the current climate.

We appreciate that there were a number of contenders for the substantial cable management contract, however, we believe that our ability as a group to offer an all-encompassing cable management solution saw us emerge as the sole preferred supply partner. When you also factor in our proven track record of major project execution, our highly skilled design team capable of providing innovative and bespoke solutions and our impressive manufacturing and distribution network we believe we are the perfect partner for such a prestigious project.”